All According to Plan?

A Shift in the Battle 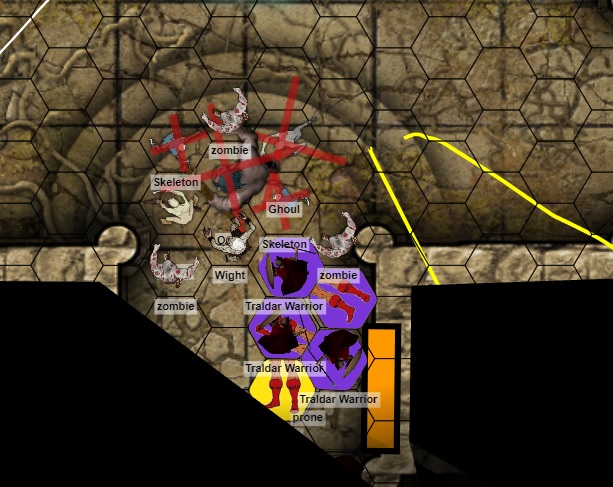 The undead directly threatening the Company have been dispatched, but there are still quite a few in the immediate area. Just a 20 or so yards away, a knot of ghouls and zombies swarm on top of an Ogre warrior and a swarm of undead and others press back the Traldar warriors out of sight.

The flickering light from the ring of fire in the center of the room glints off the black, soulless eyes of one of the Ghouls as it rises from the unmoving and savaged corpse of the Ogre. It seems to communicate with the other undead in the area, and as one, they turn to look at the watching Grey Company and rise to crouching positions over several fallen victims.

“Uh, hey guys? I think we have a problem.” Griffin starts backing up into the corridor while readying his shield. “Let’s get ourselves set so we can’t get overrun, okay?”

Kasiex covers Grifin’s retreat, moving with him with an arrow readied.

“What order Griffin?” Remar asks.  “It look’s like we’d need to be four across to set a line here.”

Get ‘n da back ye ninny, ‘fore we get swarmed!

“But then what would I do with this flaming jet?” the Wizard appears to muse.

Kas sets himself with his allies, ready to form up with them in accordance with Griffins suggestion. “Bow or blade, hmmmm?” He quips to them.

“Hey, Remar? Can you use your magic to make my sword burn? Every little bit helps against these things, I think.”

“Oh!” The Battlemage continues.  “You mean flaming weapon the spell on your Serenity?”  Seeing Griffin’s quick nod, he says, “Hold her out.”

Griffin does so, loosening up his sword arm in the process so as not to waste any time.  Remar whispers Flammeun telum, and a few seconds later the leader of the Grey Company’s weapon seems to flicker to life, the light playing over the sword’s masterfully honed surfaces.

As the Grey Company backs down the hallway, the undead in the temple chamber start to slowly advance. Sounds of distant fighting and yelling can be heard from the south, no doubt from skirmish between the remaining Traldar and Iron Ring against the other undead.

Somewhere nearby, a deep, grating sound can be heard, a sound like that of large doors opening. A booming voice fills the area, “I see you have returned for your appropriate comeuppance.” It is the same voice of the spell-wielding Ghoul mage they ran into the last time they were in the Temple. An unsettling cackling then fills the air. 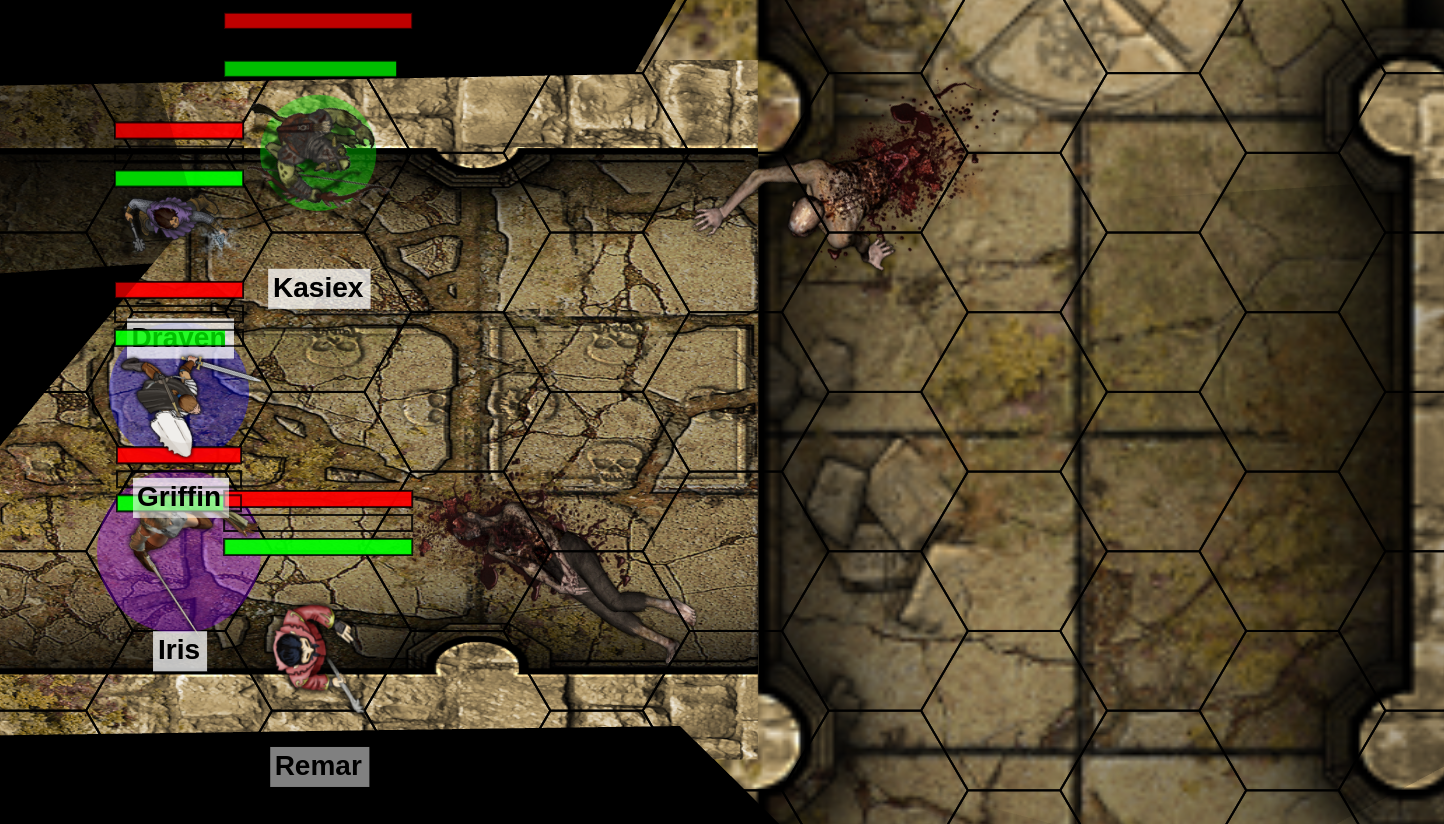 A low growl rumbles underneath Kas’ layers of armor.  “We will drive you out, creature” he whispers in Hutaakani “and reclaim this place from your taint.” Louder he says in words the others can understand “Ware, the undead mage is near!” He sniffs, trying to scent if there are undead approaching from an unforeseen direction.

“I fear we have two options - to prepare to return to the relative safety on the other side of these doors if he gets close, and let the yellow mage deal with him, or we have to get me close enough to him to end him, once and for all.”

The nearby undead continue their approach. The sound of the skirmishing Traldar and Iron Ring changes to screams and shouts of agony and defeat.

Garrett "Griffin" Constantine, a Thyatian rogue of a gambler from Penhaligon rolled by Arne J

Kasiex, a Hutaakan Wildsteward used to ranging the mountains and valleys now led down a new path by Patrick B

and Jason W as The DM

Posted by GMJasonGURPS at 4:43 PM